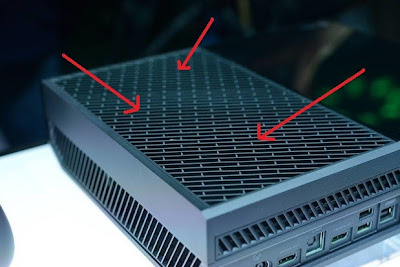 Dust has been a big problem for gamers all over the world. Whether it is console gaming or PC gaming, dust is always going to get into our machines. We analyze the possibilities of dust being a big problem for the Xbox One console.


At first glance the right hand side (left side from rear view) of the Xbox One looks to be a major problem. With opened up grills that seem as they are inviting dust with open arms. This obviously was put in place to throw heat out of the system to avoid overheating problems (fingers cross for no RROD). However that would not stop our fear of dust accumalition within the console.

The previous Xbox console (360) had the option to lay it either horizontally or vertically. If people are going to apply the same to their new Xbox One console, the fear of dust entering from the sides when vertical still remains. 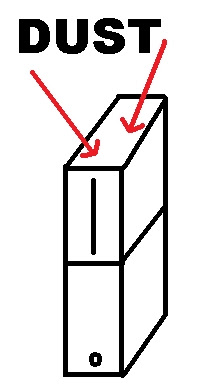 The above situation with laying the console vertically and having dust go in from the top was prominent in the Xbox 360, with me having to often use compressed air to keep it clean or use a wet cloth from time to time (which later became a chore).

Similar would have to be done on the Xbox One console if the sides have open vents that can allow dust particles to enter.

Another option would be to place the device horizontally in an entertainment unit underneath our televisions. The sort of thing they show us in adverts for these consoles, but not all of use have the space or units in place so eventually dust may become an ongoing problem for most of us.

Looks like the safest bet would be for us to invest in an entertainment unit for our television areas. That way for future consoles we would not have to worry about such finicky things. That, or don't buy a console at all...
Labels: Media Xbox One