How the Wii U could do better 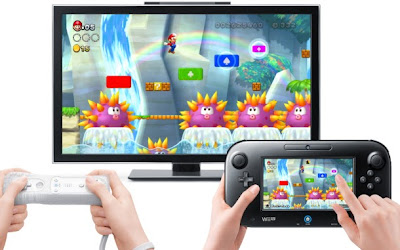 Ever since the launch of the Wii U console, things have not been as smooth as Nintendo had hoped. With people getting confused with the name 'Wii U' to people complaining about the lack of decent games, Nintendo has a lot of work to do to get back into its winning streak (1st position previously held by the Wii).

Problem #1: There is distinct lack of games for the console.

Problem #2: There is a nice gamepad for us to play with but no game fully makes use of it.

We have tried to come up with a solution that could make the Wii U win again.

Nintendo generously granted us the ability to play old Wii games on the Wii U console. Something other consoles have failed to do (PS3 not allowing PS2 playback anymore). So this point is a plus for Nintendo, but there is a downside that we have noticed.

All Wii games require the Wii U to be run in 'Wii mode' and use the wiimote and nunchuk. This is understandable and fairly reasonable from a technical point of view. Now if you are a previous Wii owner and would like to play those games on the Wii U, you may be wondering if it really is worth it. Since all we are getting is an HD version of the Wii game on the Wii U console, and since Gameplay > Graphics (well in our books anyway) this should not even matter. So while everyone is playing their favorite Wii game on the Wii U, in the distance there is a Wii U gamepad just sitting there, collecting dust, being sad that it is not getting used.

If only (and this is a big IF) Nintendo could allow us to play ALL of the Wii games library on the Wii U gamepad, that would please a lot of people in our opinion. 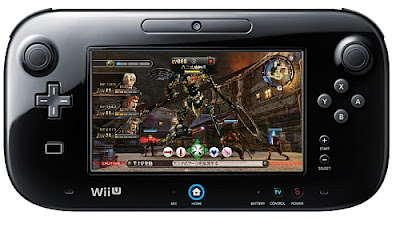 We need to also consider the fact that some people may not even have ever owned a Wii console. For these people they would not own pairs of wiimotes or nunchucks. So for them having to go out and buying separate controllers or sensor bars (for the basic Wii U) would be troublesome and discouraging.

Until we see major game releases on the Wii U such as a Mario Kart or a Zelda game made exclusively for the Wii U, then we will continue to see a lack of interest directed towards the Wii U. There is a lot of excitement within fans for the upcoming game titled 'X' but we will have to wait some time to see its release.

In the mean time while we wait for major releases, if Nintendo could grant us access to our Wii library using the Wii U gamepad (albeit technically not possible) it might make the Wii U more popular as there is a lot of potential for this console but sadly the time for the console to shine is delayed by factors such as decent game releases.
Labels: Media Wii Wii U