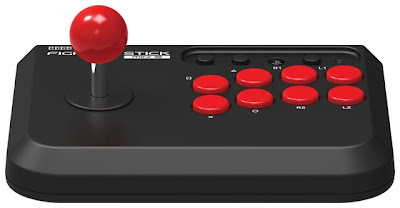 The Hori Fight Stick Mini 3 is a small but nifty fight stick released for the PS3. It is also compatible on the PC.

The major form factor of this fight stick is its size and how small the thing is compared the original Hori Fight Stick 3.


I tested out 3 games using the mini 3:  Super Street Fighter 4 Arcade Edition, King of Fighters 13, Marvel vs Capcom 3. Doing a regular Hadoken (quarter circle + punch) was fairly easy enough on the device. After doing a few practice rounds we can quickly get used to the way the stick handles. There seems to be a mili-second delay of input from when we perform a move to when it registers on the screen. This can however be expected from such a small device.

The buttons are fairly crammed together, but still this does not stop us from playing a game with it. 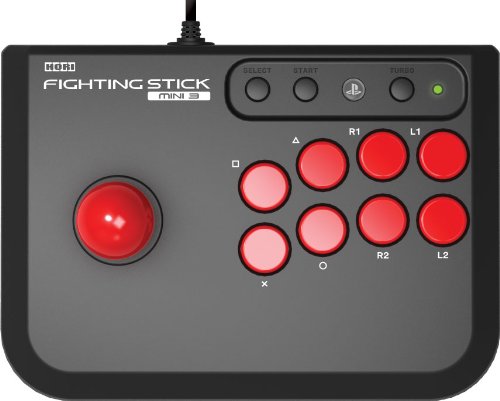 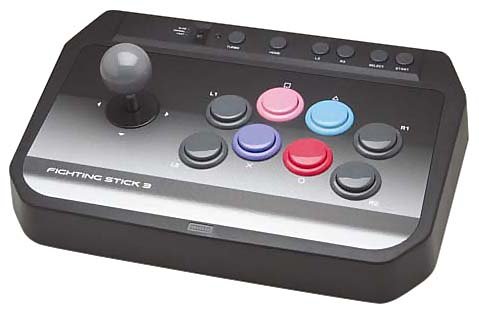 The original Hori Fight Stick's button layouts were slightly different to that of the mini's layout. Instead of a curve layout, the mini's buttons are laid out in more of a straight line fashion.

Another good thing about the mini 3 is that it is light... very light! It almost feels like a game controller in your hand. Playing F1 superstars with it was a blast and really gave a unique experience. The wire that Hori give us on the mini 3 is also generous and not too short. It is enough length to sit between the couch and the television. I had also tested this out on the PC with Street fight X Tekken and after the initial USB driver setup, the device ran flawlessly.

Overall the Hori Fight Stick Mini 3 is a good fight stick. If you are looking to buy a fight stick at a low cost and a smaller form factor, then this may be perfect for you.
Labels: Fighter PC PS3 Reviews