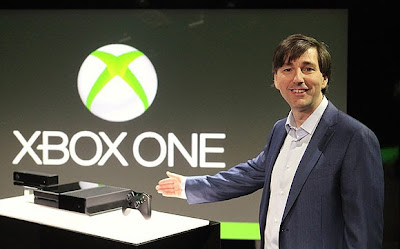 The Xbox One has received its fair share of grief from the internet but the real question remains if it really deserved it.

Every since its announcement to rival Sony's PS4, Microsoft has seen nothing but negative reviews with regard to some of their policies.

Lets Break it down to see what exactly happened.

- Microsoft announce their Xbox One console in May and in their keynote conference the main theme was 'Television'.

- Microsoft publish their policies on their website, stating that the console will require to be online once every 24 hours as well its disability to play used-games.

- Microsoft showcase their console with a physical model that resembles a 1990's VHS player (personal opinion). As well as the console unveil they reiterate their always online policy and that it is an online machine. When questioned by a gaming journalist a Microsoft spokesperson responded that 'if users wanted an offline machine they can buy a Xbox 360 instead'. There was also a high emphasis on Kinect and how it was part of their ecosystem.

- With the above 3 points happening the internet and media shortly after blasted Microsoft for not giving users the option for an offline machine, banning used games and forcing them to use Kinect.

- Few weeks later Microsoft announce they are removing the 'always online' function with a day one launch patch. They also stated games would function the same way as they have done with the 360 console which allows used games.

- Few months later Microsoft announce the kinect is no longer required to operate the Xbox One console.

After performing a 180 degree turn to some of their original policies Microsoft has tried to obtain the trust of their loyal fanbase.

Now back to the main question, whether Microsoft deserved any of the negative attention it has received so far. To answer that plain and simply, 'No'. They did not deserve the complete negative reaction because the console had not launched yet. Had it been a post-launch reaction it would have been understandable.

The next question, whether people on the internet and the media had a right to complain about their polices. Answer to that would be 'Yes'. People had full right to make their points heard by Microsoft. By doing this it only led to a positive future for Microsoft where buyers would be happy to purchase the product providing it met their needs.

Microsoft have done a good job by analyzing everyone's reaction and changing their policies to match the needs of the majority. One can argue why did they make these decisions in the first place only to switch them around again but now we need to move past that and look to the future and what favorable services the console will be bringing us.

It would be worth keeping an eye on Microsoft until the Xbox One launch date and seeing whether they change or add some more things pre-launch. One can only hope that a $100 price drop would be on their 'to do' list...
Labels: Media Xbox One